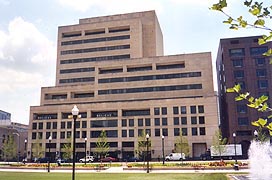 In October 2005, the Pimlico Community Development Authority was established by the General Assembly (Chapter 603, Acts of 2005). In November 2008, it was restructured (Chapter 4, Acts of 2007 Special Session).

The Authority consists of fifteen members. They include the Baltimore City Director of Planning, who serves as chair; the two State senators representing Legislative Election Districts 40 and 41; two delegates (one each from Legislative Election Districts 40 & 41) appointed by the House Speaker; and ten members (five of whom reside or own businesses in the area) appointed by the Baltimore City Mayor after consultation with the legislative delegation representing Districts 40 and 41 (Code Business Regulation Article, secs. 11-1201 through 11-1205).