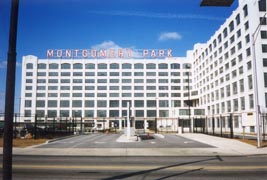 Authorized by the General Assembly, the State Lottery and Gaming Control Agency was formed as the State Lottery Agency by constitutional amendment in 1972 (Chapter 365, Acts of 1972, ratified November 7, 1972). The Agency began operation on January 2, 1973, and by April 1973 began selling lottery tickets and awarding prizes. In October 2012, it reformed under its present name with added responsibilities as regulator of casinos in Maryland (Chapter 1, Acts of 2012, 2nd Special Session).

The Maryland Lottery and gambling casinos in the State are overseen by the Agency (Code State Government Article, secs. 9-101 through 9-125).

The State Lottery and Gaming Control Agency operates the Maryland Lottery through a combination of employees and vendor services, and oversees casinos, which are privately held independent businesses. The Agency also runs a number of smaller ancillary operations.

MARYLAND LOTTERY
Through the Maryland Lottery, lottery tickets are sold and cashed at licensed retail establishments throughout Maryland. These lottery agents are private businesses that receive commissions and fees to sell the games to the public. Transactions are conducted through terminals connected to a computerized on-line real-time system.

Revenues from the Lottery are credited to the State Lottery Fund (Code State Government Article, secs. 9-118 through 9-120). Monies in the State Lottery Fund are deposited into the Maryland Stadium Facilities Fund, the Maryland Veterans Trust Fund, the Baltimore City Public School Construction Financing Fund, and the remaining monies are deposited into the State General Fund (Code State Government Article, sec. 9-120).

Lottery income is the State's third largest source of revenue, after income taxes, sales taxes, and corporate taxes. In Fiscal Year 2017, some 61.9% of Lottery revenue went to pay prizes to players; 7.5% went to retailer commissions; and 3.5% to operational expenses. The remaining 27.1% of revenues from the State Lottery were deposited in the General Fund of the State Treasury to support Maryland government programs, including those in education, public health, public safety and the environment.

Cash4Life. Cash4Life is a multi-state game with a top prize of $1,000 a day for life and a second prize of $1,000 a week for life. Players select six number from two different fields: five out of 60 and one Cash Ball number out of four. Sold in nine states, tickets cost $2. Drawings are held Monday and Thursday nights in Trenton, New Jersey, using lottery balls and air-mix machines.

Daily Drawings. The Agency holds twice-daily drawings for Pick 3 (a three-digit game, with prizes ranging from $25 to $500) and Pick 4 (a four-digit game, with winners receiving between $100 and $5,000). Bonus Match 5 (a pick 5-of-39 game) drawings also are held daily, offering a top prize of $50,000. 5 Card Cash is based on a standard poker game using a 52-card deck. By combining an instant win feature with a daily evening drawing, each $2 ticket has two chances to win. Winners are drawn using numbered lottery balls and manually operated air-mix machines.

Monitor Games. Keno is a monitor-style game with drawings held every four minutes. Players select up to ten numbers from a field of eighty and match them to a computer-generated group of twenty numbers displayed on a Keno monitor. Prizes range from $2 to $100,000. Racetrax is a computer-animated monitor game featuring horseracing. Players select horses numbered from one to twelve to win prizes ranging from $1.20 to $650,248. Drawings are held approximately every four minutes.

Mega Millions (formerly The Big Game). Mega Millions is a multi-state game with jackpots that start at $40 million. Players select six numbers from two different fields: five out of 70 and one Gold Mega Ball number out of 25. Winning numbers are drawn on Tuesday and Friday nights in Atlanta, Georgia, using lottery balls and air-mix machines. The game costs $2 to play. Forty-four lottery states plus the District of Columbia and the U.S. Virgin Islands participate in this game. A portion of the proceeds from Mega Millions is designated for the Maryland Stadium Authority.

Multi-Match (formerly Lotto). Multi-Match is a lotto-style, pick 6-of-43 game with drawings held on Monday and Thursday nights. The game offers a minimum jackpot of $500,000. Nine other prize levels range from $2 to $2,000. Multi-Match is played only in Maryland and is drawn using lottery balls and an air-mix machine.

Powerball. Since January 31, 2010, Maryland and forty-four other states, the District of Columbia, Puerto Rico, and the U.S. Virgin Islands offer Powerball. Players select 6 numbers from two different fields: five out of 69 and one powerball number out of 26. Tickets are $2 and drawings are held Wednesday and Saturday nights in Tallahassee, Florida, using lottery balls and air-mix machines for jackpots starting at $40 million.

LOTTERY INSTANT GAMES
The Lottery offers more than 50 instant (scratch-off) games at prices ranging from $1 to $30. Each instant game launch includes thousands of winning tickets, with prizes of varying amounts, including top prizes as high as $2 million.

With Senate advice and consent, the Director of the State Lottery and Gaming Control Agency is appointed by the Governor (Code State Government Article, sec. 9-106). With the approval of the State Lottery and Gaming Control Commission and the Legislative Policy Committee of the General Assembly, the Agency's Director may enter into agreements to operate multijurisdictional lotteries with any other political entity outside the State or outside the United States, or with a private licensee of a state or other nation (Chapter 449, Acts of 2002; Code State Government Article, sec. 9-111).

Within the Agency are four divisions: Communications and Customer Relations; Finance; Gaming and Regulatory Oversight; and Sales and Marketing. The Agency is aided by the State Lottery and Gaming Control Commission.

The Commission serves as an advisory board to the State Lottery and Gaming Control Agency. In November 2008, the Commission also was assigned responsibility for regulating the operation of video lottery terminals (slot machines) in Maryland (Chapter 4, Acts of 2007 Special Session; Code State Government Article, sec. 9-1A-04).

The Commission oversees lottery and gaming operations and regulations. It must conduct studies to determine the competitiveness of Maryland's gaming program within the gaming industry nationwide, and detect potential abuses in the operation of the program. In conjunction with the State Lottery and Gaming Control Agency, the Commission also is responsible for regulating table games, and the operations of the State's video lottery terminals.

The Commission's oversight extends to regulations, contracts, and licenses. Commission members review and approve new or amended lottery and gaming regulations before they are submitted for Legislative review. Agency contracts also are reviewed and approved by the Commission before submission to the Board of Public Works or the Department of General Services, In addition, the Commission reviews and approves licenses for casino operators, principal entities, manufacturers, contractors, and vender and casino employees.

Further, since May 2021, the Commission has the added responsibility of generally overseeing the regulation of sports wagering and fantasy gaming competitions in the State (Chapter 356, Acts of 2021).

Seven members constitute the Commission. They are appointed to five-year terms by the Governor with Senate advice and consent. The Governor also appoints a liaison member from the Maryland Racing Commission (Chapter 1, Acts of 2012 2nd Special Session). Annually, from among its members the Commission chooses the Chair (Code State Government Article, secs. 9-104 through 9-109).

The Commission is assisted by the Maryland Amusement Game Advisory Committee.

The Committee advises the State Lottery and Gaming Control Commission on the conduct and technical aspects of the amusement game industry, including recommendations for the legality of skill-based amusement games.

Seven members make up the Committee. Appointed by the Governor, six are voting members. The Director of the State Lottery and Gaming Control Agency serves ex officio as a nonvoting member. The Governor names the chair (Code Criminal Law Article, sec. 12-301.1).

Under the Division are three units: Financial Operations, Procurement and Minority Business Enterprise, and Special Projects. 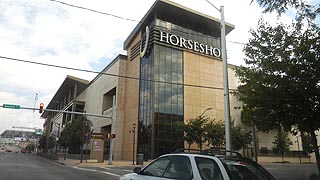 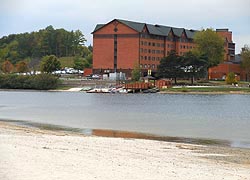 In 2008, the Education Trust Fund was established as a special nonlapsing fund, the money from which is invested and reinvested by the State Treasurer with interest and earnings accrued to the Fund (Chapter 4, Acts of 2007 Special Session; Code State Government Article, sec. 9-1A-30). From the nearly $1.421 billion in gaming revenue in Fiscal Year 2017, the Education Trust Fund received 31.8 percent, and casino operators received 53.3 percent. Remaining funds were divided among horse-racing activities (4.4%); local impact grants and local jurisdictions (4.6%); small, minority and women-owned businesses (.9%); responsible gaming (.3%); and operational expenses (.7%).

The three main units under the Division are Gaming, Operations, and Gaming and Regulatory Oversight.

To ensure the integrity of casino gambling in Maryland, Audit and Regulatory Compliance collects and reviews operational forms, financial statements, and statistical and performance data. It applies auditing standards to account for and safeguard assets and ensure that the operations, financial position, and cash flows of casinos are reflected accurately. To monitor compliance with internal control systems, Audit and Regulatory Compliance also oversees field audits of casinos statewide.

GAMING OPERATIONS
Under the Gaming Division, Gaming Operations was organized in July 2011 as Video Lottery Terminal Operations It reformed as Electronic Gaming Device Operations in January 2014, and received its present name in November 2015.

Gaming Operations manages project planning for the opening of casinos. This includes oversight of purchase, installation, testing, maintenance, and compliance to specifications of State-owned slot machines. To ensure maximum revenue generation for the State, the unit works with casino facilities to determine an appropriate mix of slot machine types on the gaming floor.

With casinos, the unit reviews slot machine performance, and seeks to ensure that facilities meet requirements for opening and continuing operations. It also oversees any slot machine conversions, movements, or changes.

RESPONSIBLE GAMBLING
Responsible Gambling formed as a unit of the Gaming Division in July 2011. For persons who suffer from pathological or problem gambling, the unit provides education and connections to statewide resources to combat problems through the Maryland Alliance for Responsible Gambling.

Initiated in 2010, the Voluntary Exclusion Program is administered by Responsible Gambling. Individuals who wish to ban themselves from Maryland casinos will be excluded from entering any facility, cashing checks, or using credit cards. Participants also are removed from all casino mailing lists and are not eligible for promotions, credit, or casino complimentary services.

CASINO COMPLIANCE
At each Maryland casino, Casino Compliance maintains staff who work to resolve customer complaints and to ensure that the Maryland State Lottery and the State gambling casinos comply with regulations.

FACILITIES OPERATION & RECORDS MANAGEMENT
Since October 1, 2017, the State Lottery and Gaming Control Agency has had a program for the continual, economical and efficient management of its records. The Agency's Records Officer develops and oversees the program, and serves as liaison to the Records Management Division of the Department of General Services, and to the State Archives (Chapter 539, Acts of 2017; Code State Government Article, secs. 10-608 through 10-611).

The operation of data processing systems that support Lottery gaming activities is managed by Information Technology. It also provides technical assistance to the Agency, and develops and supports internal data systems, the local area network, and website infrastructure.

The Division's marketing units plan and manage broadcast, digital and social media ads and promotions; as well as print and out-of-home advertising and promotional efforts. New Lottery games and products also are launched by them.

The Division's sales work to maximize Maryland Lottery sales throughout the State. These units recruit new outlets and ensure that all locations have sufficient products and materials available for players. They also inform the public and Lottery agents about new games, and monitor the compliance of retailers with Lottery Agency regulations.

Under the Sales and Marketing Division, Creative Services develops advertising strategies to achieve the sales and revenue objectives of the State Lottery and Gaming Control Agency. Creative Services evaluates the effectiveness of advertising in terms of reach, frequency, and impression on audiences. Advertising time and space for jackpot announcements, product introductions, promotions, and winner awareness are purchased by this section. To inform consumers about Lottery products, promotions, and programs, the section manages the development and production of advertising materials for television, radio, and print media, as well as at retail sales outlets.