Established by the General Assembly in 1979, the State Ethics Commission replaced the Maryland Public Disclosure Advisory Board and the State Board of Ethics (Chapter 513, Acts of 1979). 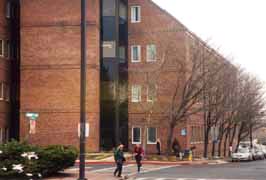 With the Joint Committee on Legislative Ethics and the Commission on Judicial Disabilities, the State Ethics Commission administers the Maryland Public Ethics Law (Code General Provisions Article, secs. 5-101 through 5-1001). That law requires disclosure of the financial affairs of public officials and sets standards of conduct for State and local government officials and employees. The Commission guards against improper influence on public officials or the appearance of conflict of interest through programs of financial disclosure, lobbying disclosure and regulation, approval of local government ethics requirements, ethics law advice and training, and ethics law complaint investigation.

On its own initiative or in response to complaints, the Commission investigates alleged violations of the Maryland Public Ethics Law (Code General Provisions Article, secs. 5-101 through 5-1001). It issues formal and informal ethics advice to those covered by the ethics statute. Formal advisory opinions are legally binding and are published in the Code of Maryland Regulations (COMAR), the Maryland Register. They also are accessible through the Commission's website: http://ethics.maryland.gov/.

The Commission receives and reviews financial disclosure statements, and approves county and city laws where these are enacted as required by State law. The Prince George's County program relating to zoning and ethics, and some other special ethics-related programs also receive Commission oversight. For officials, employees, and lobbyists, the Commission provides mandatory training.

Standards of conduct for executive, legislative and grass-roots lobbying are set by the Commission, which regulates lobbyists through programs of registration, disclosure, and reporting. Activity reports from lobbyists note information about compensation and expenditures, gifts, business relationships with officials, campaign contributions, and meals and receptions for legislative units. Reports are filed twice each year, in May and November. For those submitting them, financial disclosure statements now may be filed electronically through the Commission's website: http://ethics.maryland.gov/.

A directory of firms that conduct a specified amount of business with the State is maintained by the State Ethics Commission. Moreover, at the Commission office, financial disclosure forms and lobbyists' reports are available for public inspection.

Formerly located at 9 State Circle in Annapolis, the Commission relocated to 45 Calvert Street in May 2006.

The Commission consists of five members appointed to five-year terms by the Governor. One is nominated by the Senate President and one by the Speaker of the House of Delegates. The Commission appoints an executive director, general counsel, and staff counsel (Code General Provisions Article, secs. 5-201 through 5-203).