STATE BOARD OF ELECTIONS 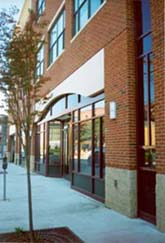 Prior to formation of the State Board of Elections, the Secretary of State in conjunction with local boards of election supervisors was responsible for the conduct of elections in Maryland.

To maximize the use of technology in election administration, the State Board of Elections oversees the upgrade and standardization of voting systems and election procedures statewide (Chapter 564, Acts of 2001). The Board also administers the voter registration-by-mail program.

To regulate the financing of campaigns for State and county offices, the Board administers the Fair Election Practices Act (Code Election Law Article, secs. 13-101 through 13-604). In addition, the Board prepares and certifies ballots, administers petitions, and publishes statewide ballot questions before elections.

The State Board of Elections consists of five members appointed to four-year terms by the Governor with Senate advice and consent. Each member must belong to a principal political party with neither party having more than three or less than two members. Each member appointed by the Governor has been named by the state central committee of the principal political party entitled to the appointment (Chapter 4, Acts of 2005; Code Election Law Article, sec. 2-101).

VOTING
Since the 2016 elections, voters cast their ballots using a paper-based voting system. This voting system produces a voter-verifiable paper record - a "paper trail" - of each voter's selections.

During early voting and on election day, all voters will mark a pre-printed paper ballot by hand at the voting booth. After reviewing their paper ballots, voters will insert them into a tabulation device which records their vote. The ballots automatically drop into a secure ballot box for safekeeping.

ONLINE VOTER REGISTRATION
Since July 2012, the State Board of Elections has made available an Online Voter Registration (OLVR) System. Voters now can register to vote in federal, State, county and municipal elections in Maryland. They also can update their registration to reflect change of name, address, or party affiliation.

In 2002, the federal Help America Vote Act required each state to develop a centralized, interactive computerized, statewide voter registration list. Maryland, in 2006, implemented its database of registered voters, MDVOTERS. In 2011, Maryland laws were enacted allowing the State Board of Elections to exchange voter registration data with other states to improve the accuracy of voter registration lists (Chapter 288 & 299, Acts of 2011).

Published by the Board, Registration and Election Laws of Maryland is available for sale to the public. Also available are primary and general election returns beginning with 1948. More recent returns are available on-line from the State Board of Elections website.

The State Administrator of Elections is the chief election official for the State. The Administrator oversees the State Board functions, supervises the operations of local boards of elections, and receives and audits financial reports of candidates required under the Election Code (Code Election Law Article, secs. 13-401 through 13-404).

Appointed by the State Board of Elections with Senate advice and consent, the State Administrator also serves as secretary to the Board of State Canvassers (Code Election Law Article, secs. 2-103, 11-501 through 11-503).

CANDIDACY & CAMPAIGN FINANCE DIVISION
The Candidacy and Campaign Finance Division was initiated in 1990. The Division oversees the manner in which candidates and their organizations collect, spend, and report funds as regulated by Maryland's campaign finance laws.

RECORDS MANAGEMENT
Since October 1, 2017, the State Board of Elections has had a program for the continual, economical and efficient management of its records. The Board's Records Officer develops and oversees the program, and serves as liaison to the Records Management Division of the Department of General Services, and to the State Archives (Chapter 539, Acts of 2017; Code State Government Article, secs. 10-608 through 10-611).

The Division works to improve the election process for voters, upgrade voting systems, and prepare voting materials for both absentee and provisional ballots. To counties, it also provides election-related supplies, such as polling place signs and other items to make polling places accessible. In addition, the Division helps local boards of elections recruit and train election judges and pollworkers.

Submission of voter petitions for referenda, establishing new political parties, and nominating independent or third party candidates to the ballot, are overseen by the Division.

To the State Board of Elections and local boards of elections, the Division provides technical support and expertise. It develops technology polices, provides network management, software upgrades, and website enhancements. The Division also monitors and revises security procedures for data back-up and storage, and protection from outside intrusion into electronic data centers. For local boards of elections, it conducts periodic security audits.