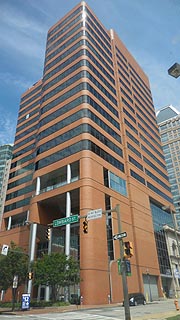 Established in 1984, the Maryland Economic Development Corporation enables the State to develop property for economic purposes which serve the public interest. The purpose of the Corporation is to assist in the expansion, modernization, and retention of existing Maryland business, and to attract new business to the State. Upon request, the Corporation also assists local jurisdiction projects.

Originally, the Corporation was limited to developing vacant or unused industrial sites and facilities and other economic resources in economically distressed areas of the State (Chapter 498, Acts of 1984). Since 2001, the Corporation has been authorized to develop property throughout the State as long as the private sector has shown no significant interest or development capability (Chapter 338, Acts of 2001).

To encourage business activity and commerce, and relieve unemployment, the Corporation purchases and develops property which is leased to others under favorable terms. It also makes loans to companies to maintain and develop facilities, and helps State and local economic development agencies expand, modernize, and retain businesses, and attract new ones. To finance this assistance, the Corporation borrows money and issues bonds. As of June 30, 2018, the Corporation owned and managed fifteen operating facilities.

The Board of Directors is appointed by the Governor with Senate advice and consent. It consists of twelve members, including two ex officio voting members. Members serve four-year terms. With the Governor's approval, the Board appoints the Executive Director who directs and supervises the administrative affairs and technical activities of the Corporation (Code Economic Development Article, secs. 10-101 through 10-132).

In June 2014, the Maryland Economic Development Corporation, with the Maryland-National Capital Park and Planning Commission, was asked by the General Assembly's budget committees to convene the Work Group to Study the Feasibility of Building a Multi-Sport Stadium (Chapter 463, Acts of 2014). The Work Group reviewed plans to construct a multi-sport stadium near or within the Green Branch Athletic Complex in northeastern Prince George's County. Further, the Work Group recommended financing options for such a stadium and potential uses for the existing facility.

In May 2015, the Work Group submitted its report to the General Assembly's budget committees.