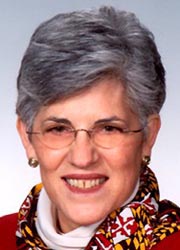 Treasurer Kopp chairs both the Capital Debt Affordability Committee and the Commission on State Debt, and is a member of Maryland’s Board of Revenue Estimates. She is the chief representative of the State dealing with financial rating agencies and investment banking firms. The Treasurer also serves as Chair of both the Board of Trustees of the Maryland State Retirement and Pension Systems and the Maryland 529 College Savings Board, and is a member of the Maryland Supplemental Retirement Board, the Maryland Health and Higher Education Financing Authority, the Maryland Agricultural Land Preservation Foundation Board, the Hall of Records Commission, the Maryland Small Business Retirement Savings Board, the Financial Education and Capability Commission, the Procurement Improvement Council, the Maryland Commission on Climate Change, and the Coast Smart Council. Unique among the Treasurer’s responsibilities is her position on the Board of Public Works with the Governor and the Comptroller of Maryland. This Board oversees a substantial portion of the procurement contracts of the State.

During her career, Treasurer Kopp has been active in numerous national, regional and state organizations and boards, primarily focused on finance, education, and fiscal matters. Appointed by President Clinton to the National Assessment Governing Board, Treasurer Kopp served as Treasurer of the Southern Regional Education Board, chairing its Commission on Educational Quality. She also served on the Executive Committee of the National Conference of State Legislatures, chairing its Assembly on Legislative Issues and Committees on Federal Budget Issues, State Fiscal Issues, and Capital Budgeting Procedures. Moreover, Treasurer Kopp was chosen Vice-Chair of the National Commission on State and Local Budget and Finance Procedures, and served as President of the National Association of State Auditors, Comptrollers and Treasurers, and as a trustee of the Financial Accounting Foundation.

A graduate of Wellesley College, Treasurer Kopp holds a master’s degree in Government from the University of Chicago. In 2012, Treasurer Kopp was inducted into the Maryland Women’s Hall of Fame and, in 2015, received the Wellesley College Alumnae Achievement Award, the highest honor given to alumnae for excellence and distinction in their fields of endeavor. Treasurer Kopp and her husband, Robert Kopp, live in Bethesda and have two adult children and three grandchildren.