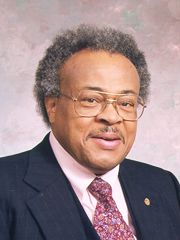 In the House of Delegates, Mr. Dixon represented Carroll County from 1983 to 1996. Out of fifty freshman delegates, the News American named him one of the five outstanding delegates in 1983. As a delegate, he served on the Rules and Executive Nominations Committee. A member of the House Appropriations Committee from 1983 to 1996, he chaired its capital budget subcommittee and served on its education and economic development subcommittee and the oversight committee on pensions. He was the House Chair of the Joint Budget and Audit Committee, 1988-94, and the Special Joint Committee on Pensions, 1989-94. Additionally, he served on the Joint Committee on Energy Pricing, 1990-91, and the Joint Expenditure Study Group on Law Enforcement and Transportation, 1991. In 1991, he also served on the Task Force on the Charles H. Hickey, Jr. School.

As a legislator, Mr. Dixon sponsored numerous bills to benefit Carroll County projects, including a new emergency room and expansion of Carroll County General Hospital; a new YMCA building for the County; and numerous facilities at Western Maryland College, including Hoover Library, Lewis Hall, and Hill Hall. He was the primary sponsor of precedent-setting legislation - the first of its kind in the country - to establish a zone of influence around limestone quarry operations in various parts of the State. The law protects people living within the zone of influence.

Serving in the U.S. Army from 1960 to 1968, Mr. Dixon attained the rank of captain. He spent one and one-half years with the 101st Airborne Division and was awarded the Bronze Star for his service in Vietnam.

Mr. Dixon was Assistant Vice-President at Merrill Lynch, Pierce, Fenner & Smith, Inc., where he worked for 26 years before retiring on January 31, 1996. He served as a trustee of the Middle States Association of Colleges and Schools from 1991-97 and a past trustee of its commission on secondary schools. Mr. Dixon belongs to the Aircraft Owners and Pilots Association, the Veterans of Foreign Wars, the National Rifle Association, and The Boule Fraternity. He is a life member of Kappa Alpha Psi Fraternity and President of Former Students of Robert Moton School, Inc.

From Western Maryland College, Mr. Dixon received an Honorary Doctor of Laws in 1988 and, from Carroll County Community College, an Honorary Doctor of Public Service in 1994. Villa Julie College and Morgan State University conferred honorary degrees on him in 1997. He is married and has two sons and a granddaughter.