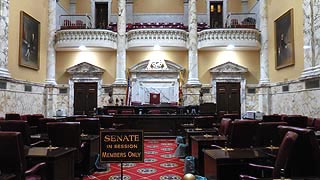 17th Century. In Maryland, the first General Assembly, law-making assembly of freemen, met at St. Mary's City on February 26, 1634/5. One body - a proprietary assembly - it consisted of the governor and council, and a general assembly of all freemen. In 1650, it separated into two chambers. The governor and council formed the Upper House of the General Assembly, which later became the Senate of Maryland. This division provided "for the more convenient dispatch of the busines therein to bee consulted of" (Chapter 1, Acts of 1650).

Trusted confidants of Lord Baltimore, members of the Upper House were appointed by him and usually served for life. Since the Upper House consisted of the governor and his council, all of whom held close personal and political ties with the Lord Proprietary, the separation of the two Houses gave Lord Baltimore control of the legislature. Frequently, the political interests of the Upper House came in conflict with those of the Lower House which advocated a popular government and more legislative influence.

In the decade following its creation, Maryland's bicameral system faced several major challenges. Many were rooted in colonial politics, but some grew out of religious differences and the English Civil War.

Appointed by the Parliamentary Commissioners in England, Puritan governors twice convened unicameral legislatures in Maryland, first in 1654, and again in 1657. Catholic Lord Baltimore regained control of the colony in 1658 with the aid of several loyal Protestants, including Josias Fendall. To show his appreciation, Baltimore appointed Fendall governor of Maryland. In 1660 though, Fendall turned traitor, conspiring with the Lower House to abolish the Upper House and establish a commonwealth system of government (Archives of Maryland I: 388-391). "Fendall's Rebellion", however, was short-lived, as Proprietary forces quickly regained control of the government. Once restored, the Upper House kept the same composition for the next century. Its only major change was the removal of the governor's position from the Upper House in 1675.

18th Century. Although the Senate was established in the midst of Revolutionary War turmoil, it was part of an ordered form of government. From June 22, 1774 through November 11, 1776, Maryland's legislative powers were exercised by a series of nine provincial conventions or assemblies. While the first convention assembled informally, those that followed consisted of representatives elected by freemen. The 5th Provincial Convention, meeting in the summer of 1775, authorized the Council of Safety to oversee executive functions. Five successive such councils oversaw Maryland until 1777.

Elected by freemen of property, the 9th Provincial Convention first worked to frame and then, on November 8, 1776, adopted Maryland's first constitution. The Constitution of 1776 officially established the Senate (formerly the Upper House), and severed all ties between the Senate and the Governor's Council. It called for the election on November 25, 1776 of an electoral college (Const. 1776, sec. 61). Those eligible to vote were freemen above 21 years of age who held real or personal property (a freehold of 50 acres of land or personal property worth at least 30 pounds current money) (Const. 1776, secs. 2, 14). In every county, voters selected two electors, while Baltimore and Annapolis each sent one elector to represent their interests. The electors met in Annapolis on December 9, 1776, and chose Maryland's first senators, fifteen in number, to serve five-year terms (Const. 1776, secs. 14-18). Votes cast by freemen and electors were reported to the Council of Safety which, after the close of the 9th Provincial Convention on November 11, 1776, constituted Maryland's sole government until February 1777.

Although an elector represented a specific county or city, the senators were not required to represent jurisdictions. The only stipulation provided in the Constitution was that nine senators should reside on the Western Shore, and the other six on the Eastern Shore (Const. 1776, sec. 15).

As part of the reconstituted General Assembly, the new senators met for their first legislative session convened by the Council of Safety in Annapolis on February 5, 1777. Among them were three Maryland signers of the Declaration of Independence: Charles Carroll of Carrollton, William Paca, and Thomas Stone, each of whom also had served at Philadelphia in the Continental Congress. Maryland's fourth signer, Samuel Chase still served in the Continental Congress which on December 11, 1776, fearing British attack, resolved to reconvene in Annapolis on December 20, 1776.

In February 1777, all new senators along with all new members of the House of Delegates, by joint ballot, elected Thomas Johnson as Maryland's first governor under its newly formed State Government. 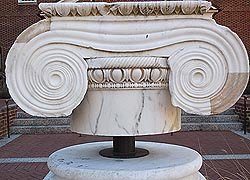 19th Century. The nineteenth century ushered in changes in voting and the composition of the Maryland Senate.

In 1802, property qualifications for voting in local and State elections were removed by Constitutional amendment (Chapter 90, Acts of 1801, confirmed 1802). Also in 1802, viva voce voting at elections changed to voting by ballot.

The election of October 3, 1838 initiated the first major reforms of the Senate. Voters ratified numerous Constitutional amendments regulating the geographic distribution of Senate seats, a process which had been overrun by economic, social and political biases. By Constitutional amendment, the electoral college also was abolished and, for the first time, voters directly chose their own senators.

Twenty-one senators were elected; one from each county and Baltimore City. Senatorial terms expanded to six years, and a rotational election system was established so that only a third of the senators stood for election every two years. Amendments also abolished the Governor's Council (Chapter 197, Acts of 1836, secs. 2, 3, 13). Nonetheless, to this day, the Senate still functions as the Governor's Council when it confirms or rejects appointments made by the governor.

20th Century. While Maryland's population grew and shifted in the twentieth century, its legislative apportionment plan remained unchanged. Burgeoning urban and suburban areas were severely under-represented, while the older, rural counties continued to dominate the Senate. 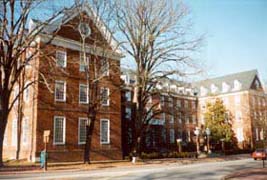 In 1964, the United States Supreme Court directed the Maryland General Assembly to draft legislation to reapportion the legislature based on the principle of "one man, one vote." (Maryland Committee v. Tawes). In a series of cases, the Supreme Court had decided that malapportioned state legislatures violated the equal protection clause of the Fourteenth Amendment of the U.S. Constitution.

A special session of the General Assembly was called in 1965 to deal with the reapportionment issue. Legislation resulting from this session divided Maryland into sixteen senatorial districts, with each district electing from one to seven senators (Chapter 2, Acts of Special Session 1965). For the first time in Maryland's history, some districts contained multiple counties. These changes had their greatest impact on the historically under-represented central Maryland counties, and the over-represented Eastern Shore, where nine counties were combined into two districts and elected only four senators between them. Although many counties were combined to form single districts, none were divided into multiple districts. As a result, the Senate elected in 1966 was not truly representative of the state's population, but came closer to that objective than any previous legislative body. 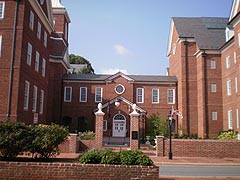 In 1972, a Constitutional amendment ratified by the voters continued the process of electoral reform. The amendment created 47 legislative election districts based on population. For the first time, districts encompassed parts of a county, multiple counties, or parts of adjoining counties. Since the 1974 elections, each of the General Assembly's 47 senators has been elected from one of these districts.