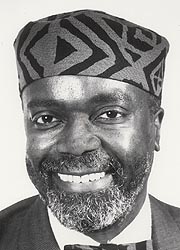 On March 29, 2018, Mr. Oaks pleaded guilty in U.S. District Court to charges of wire fraud. On July 17, 2018, he was sentenced to three and a half years in prison, three-years supervised release, and ordered to pay a $30,000 fine. He was serving his sentence at the Federal Correctional Complex Petersburg, a federal minimum security prison near Richmond, Virginia, until released into home detention for compassionate reasons in June 2020.