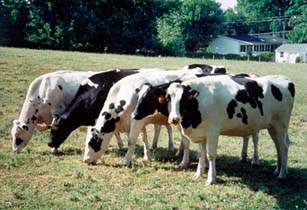 Found primarily in Frederick, which produces one-third of the State's milk, and Washington counties, most Maryland milk cows are Holsteins and can be recognized by their large black and white spots. As of 2019, Maryland had some 43,000 milk cows on 350 farms throughout the State. 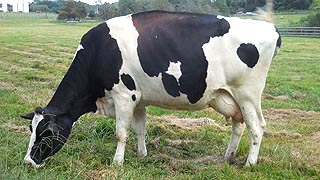