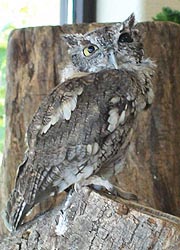 State Fair. At Timonium in Baltimore County, the Maryland State Fair highlights Maryland agriculture. The Fair is held each year toward the end of summer. It will next be held in late August - early September 2023. 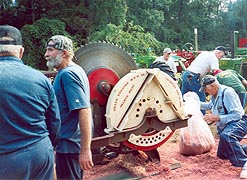 Both the State Fair at Timonium and local county fairs display and have competitions in a wide variety of areas, such as art; crafts; home-made foods and baked goods; photography; plants, flowers,and herbs; and needlework, including sewing, knitting, and crocheting. They also hold tractor pulls; pie-eating and pig-calling contests; and special sections where young people, including 4-H Clubs, can display crafts and collections, and auction off livestock that they raised. 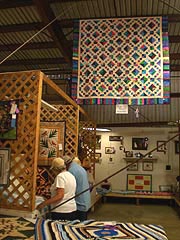 County Fairs. In Maryland, traditional showcases of agriculture persist through county fairs, which celebrate the agricultural bounty and traditions of farm life. Starting in the summer months of July and August, and continuing into September and October, county fairs open throughout the State. Depending on the particular county, they may span a week or a long weekend. The Great Frederick Fair, for example, will next be held September 16-24, 2022. Often, concerts of country music are offered on Saturday nights, and in some counties, gospel or barber-shop quartets awaken Sunday mornings. 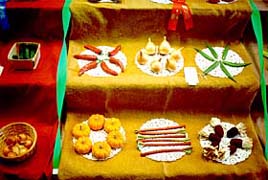 At county fairs, the area's largest tomatoes, green beans, sunflowers, gourds, and pumpkins are on display. Handmade quilts hang proudly from barn rafters, and ways of beekeeping are explained. Young and old may vie at special races and competitions, judge and auction prize sheep, or demonstrate flower arranging or wood carving. 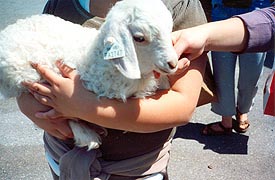 Special Annual Events. Special annual events also highlight Maryland agriculture. They include the Maryland Sheep & Wool Festival held the first weekend in May at the Howard County Fairgrounds. It next will be held May 6-7, 2023. Started in 1973, the Festival has grown to be the largest one of its kind in the country, with classes, seminars, and demonstrations for breeders, spinners, knitters, and artists in wool and textiles.

The Maryland Alpaca and Fleece Festival is held each November at the Howard County Fairgrounds. The next Festival will be held Nov. 12-13, 2022.