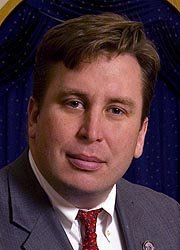 Member, State Board of Examiners of Nursing Home Administrators, 1998-2000.