1635. Proprietary vessels clashed with those of William Claiborne.

1642. Kent County first cited in records of commissioner appointments; named after county of the same name bordering English Channel in southeast of England.

1679. By this date, Courthouse at New Yarmouth functioned on Eastern Neck.

1774, May 23. In protest against tax on tea, Brigantine Geddes tea cargo thrown in Chester River at Chestertown.

1780, Nov. 9. At Emmanuel Church in Chestertown, a conference of clergy and laity first renamed the Church of England as the Protestant Episcopal Church. 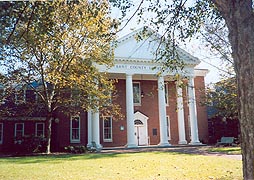 1963, July. Bi-Racial Committee formed by Board of County Commissioners to seek voluntary integration of public accomodations, and other goals.