1684. Cambridge on Choptank River laid out by commissioners, made a port of entry.

1850-1860. Harriet Tubman made at least 13 trips into Maryland's Eastern Shore, leading more than 70 people to freedom on the Underground Railroad, and providing resources that allowed the freedom of at least 50 others. 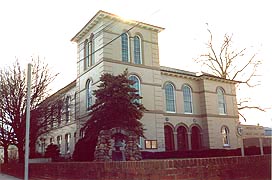 1852, May 9. Fire destroyed Courthouse at Cambridge. 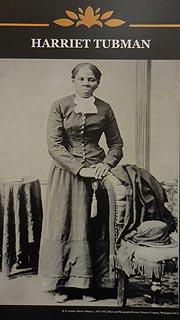 1858. John Brown and Harriet Tubman met at St. Catharine’s, Ontario, Canada, to discuss his planned raid on Harper’s Ferry. While raising funds for the raid, Tubman did not participate due to illness. The raid, which took place Oct. 16-18, 1859, was unsuccessful, and John Brown was later tried and hanged on Dec. 2, 1859.

1862, May. Harriet Tubman moved to Beaufort, South Carolina (then occupied by federal forces), aiding slaves in transition to freedom, as well as acting as a spy and scout for the Union.