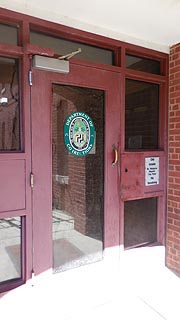 Built at Pig Point (now Denton) in 1797, the first County Jail originally was overseen and maintained by the Sheriff. All County prison functions were the responsibility of the Sheriff from that time until the creation of the new Detention Center in 1995. Oversight of the Detention Center transferred to the newly created Department of Corrections in 1995.

The Department of Corrections oversees inmate care and education at the Detention Center. The Department also supervises inmate transfers coordinated through the arresting agency. In addition, work release details, pre-release programs, and parole are supervised by the Department (County Code, secs. 23-1 through 23-5).

Appointed by the Governor on recommendation of the Board of County Commissioners, the Director of Emergency Services oversees Communications, the Emergency Medical Services Division, and Emergency Planning and Risk Management (Code Public Safety Article, sec. 14-109).

For the Upper Eastern Region of Maryland (Caroline, Kent, Queen Anne’s & Talbot counties), the Deputy State Fire Marshal serves as an assistant to the State Fire Marshal, and is responsible for the investigation and enforcement of laws regarding arson, fire prevention, the installation and maintenance of fire detection and extinguisher equipment, the availability and adequacy of fire exits at public and commercial establishments, and the storage, sale or use of explosives and combustibles (Code Public Safety Article, sec. 6-305).