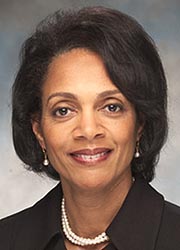 On January 5, 2010, Ms. Dixon entered an Alford plea in Baltimore City Circuit Court to one count of perjury. On February 4, 2010, she was given probation before judgement in a plea agreement that required her to resign from office as of February 4, 2010; receive four years of unsupervised probation and not seek another office during the period of probation; contribute 500 hours of community service; and donate $45,000 to charity.