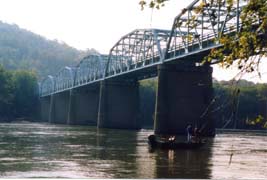 Appointed by Allegany County Board of County Commissioners: Steve Young, 2025

The Upper Potomac River Commission was established in 1935 (Chapter 409, Acts of 1935). It has jurisdiction over the water resources of Allegany County and Election District 4 (Bloomington) in Garrett County, Maryland. To regulate the flow of the Potomac River, the Commission supervises the Savage River Dam in Garrett County. The Commission owns and maintains the Dam, and operates it with guidance from the U.S. Army Corps of Engineers.

Since 1960, the Commission also has operated the Westernport Wastewater Treatment Facility. The Facility treats industrial waste from a paper mill in Westernport, Maryland, as well as municipal sewage from Westernport, and Luke, Maryland, and Piedmont, West Virginia.