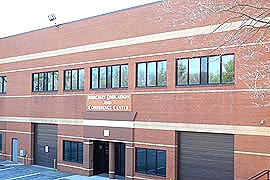 BOARD OF DIRECTORS
Chair: Lynne A. Battaglia, designee of Chief Judge, Court of Appeals

The Commission on Professionalism explored and monitored professionalism policies adopted by the Court of Appeals. The Commission encouraged lawyers to exercise integrity in their relationships with clients, other lawyers, the courts, and the public. For the legal community, it gathered and maintained information on professionalism, and made recommendations on continuing legal education.

In May 2011, the Commission became responsible for conducting the professionalism course required for admission to the Maryland Bar (Maryland Rules, Rule 11), as well as the mentoring program.

To enhance the public's trust in judges and lawyers, the Center worked on initiatives to encourage and ensure that persons of the legal community treat each other with civility and respect, and that professionalism is recognized as a core value of the legal process. Further, the Center maintained a website to serve as a resource on professionalism issues, and continued to administer the New Bar Admittees' Professionalism Course, and the New Bar Admittees' Mentoring Program.

The Center was governed by a Board of Directors. Appointed by the Chief Judge of the Court of Appeals, the Board's thirteen members served three-year terms. A judge of the Court of Appeals chaired the Commission. The Chair could name a vice-chair and committees of the Board. The Chair also appointed the Executive Director (Maryland Rules, Rule 16-703).