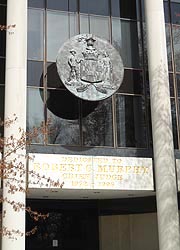 The Court of Appeals originated in the seventeenth century. During the early years of the settlement of Maryland, the General Assembly sat as a court of law, as well as a legislature. In 1650, when the Assembly divided into two houses, the upper house, which consisted of the Governor and Council, became the Court of Appeals.

At the time of the American Revolution, the Court of Appeals was reformed by the Maryland Constitution of 1776 (sec. 56). Judges were appointed by the Governor with the advice and consent of the Council (sec. 48), and the Court sat on the Western Shore in Annapolis. 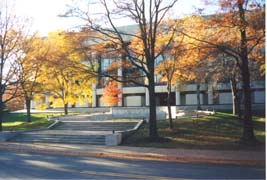 By 1805, chief justices of the six judicial districts of the State constituted the Court of Appeals (Chapter 55, Acts of 1804). From 1805 to 1851, the Court sat at Easton on the Eastern Shore, as well as at Annapolis. Judges held their commissions upon good behavior, but could be removed by the Governor with the concurrence of two thirds of the members of each house of the General Assembly.

The Constitution of 1851 provided for a single Court of Appeals, which sat at Annapolis. Judges were chosen by the electorate. The Court consisted of four justices, each of whom was elected from one of four judicial districts. From the elected justices, the chief justice was designated by the Governor with the advice and consent of the Senate. Justices served a ten-year term, which was renewable (Constitution of 1851, Art. 4, sec. 4). 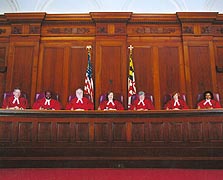