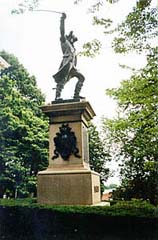 Chair: Sandra B. Schrader, designee of Secretary of Planning 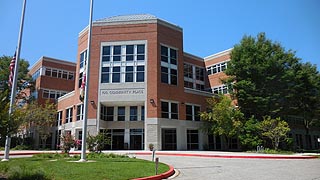 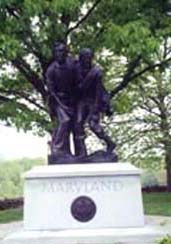 The Commission inventories Maryland military monuments. Each monument is identified by name, date of construction, location, and original sponsorship. Current ownership of both the monument and its site is noted with a complete description of the monument, including its construction materials; condition; theme; inscriptions, if any; and who is responsible for maintenance. 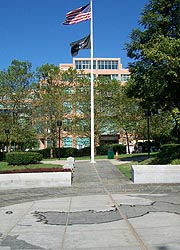 For damaged monuments, the Commission assesses their historical significance, design, financial need, and physical condition to determine which monuments will receive financial assistance for restoration. Professional conservators and historic preservationists determine and carry out appropriate treatment for each monument. The Commission also assigns responsibility for maintenance of each monument and prepares educational and tourism materials for public distribution. From 1989 to 2014, the Commission has arranged for the cleaning and restoration of 108 Maryland military memorials, including 23 out of state.

Appointed to four-year terms by the Governor, the Commission consists of up to seventeen members. The Secretary of Planning serves as chair.