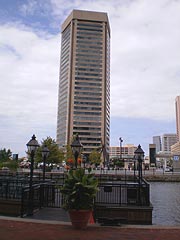 In July 2021, the Work Group to Study the Transformation of Manufacturing in Maryland's Emerging Digital Economy was established by the General Assembly (Chapters 581 & 582, Acts of 2021).

The Work Group is to identify new and emerging digital technologies that will shape work in the future. It will consider what education and skills are necessary to compete, and viable strategies for businesses to adopt these technologies. Research by the Massachusetts Institute of Technology on relationships between emerging technologies and the workforce will be examined. Moreover, the Work Group is to review financial resources available to industries wanting to invest in Industry 4.0 technology, the concept of how emerging technologies will influence manufacturing through interconnectivity, automation, artificial intelligence, 3D printing, robotics, machine learning, and real-time data. Further, the Work Group will make recommendations on the State's entry into Industry 4.0.

New tax credits and programs to make manufacturers more competitive are to be considered by the Work Group, and current statutory and regulatory authority over manufacturing will be scrutinized as well.

A statewide training program that addresses the skills gap for workers in the emerging digital economy is to be proposed by the Work Group, and private/public partnerships between the manufacturing industry and institutions of higher education will be explored.