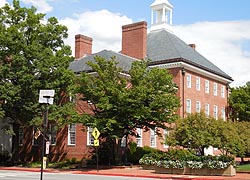 In June 2019, the Juvenile Justice Reform Council was authorized by the General Assembly (Chapter 253, Acts of 2019).

First, the Council established an advisory stakeholder group. With that group, the Council conducted roundtable discussion forums all over the State, maximizing public participation. Using data, the Council developed a statewide policy framework of strategies to increase public safety and reduce recidivism of young offenders. To treat juveniles who come in contact with the criminal and juvenile justice systems, best practices were researched by the Council. Ways to limit contact of juveniles with the criminal and juvenile justice systems or otherwise mitigate the risk factors that lead to such contact were to be identified and recommended by the Council.

In January 2021, the Council submitted its final report to the Governor and General Assembly.