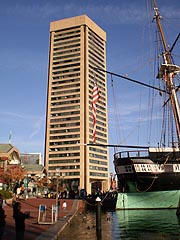 Plan of Action for Commemoration of 400th Anniversary of Founding of Maryland to Governor & General Assembly due Sept. 1, 2022 (Chapter 688, Acts of 2021)

The Commission coordinates the planning and implementation of activities and events to commemorate the 400th anniversary of the founding of Maryland; promotes the identification, documentation, and preservation of historical and cultural resources related to the founding; and assists in protecting, improving, and developing existing educational and interpretive institutions, sites, and museums in promoting the 400th anniversary. The Commission also will ensure development of a model social studies curriculum on the founding of Maryland; promote nationally and internationally the commemoration of the founding; and ensure that commemorative activities, events, and products provide lasting value and public benefits beyond the celebration of the founding. In addition, the Commission is to secure support and financial resources to implement the events and activities that it plans, including the formation of an appropriate legal entity. Moreover, the Commission will provide leadership for and coordinate economic development opportunities in and around St. Mary’s City to promote the region for future generations.

Assisted by the Maryland Historical Trust and the State Archives, the Office of Tourism and Film provides staff to the Commission.

Authorization for the Commission ends September 30, 2035.