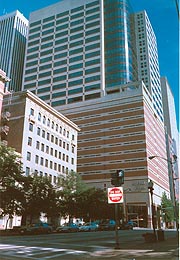 In June 2017, the Maryland Health Insurance Coverage Protection Commission was authorized by the General Assembly (Chapter 17, Acts of 2017).

Changes and proposed changes to the federal Patient Protection and Affordable Care Act, the Maryland Children's Health Program, Medicaid, Medicare, and the Maryland All-Payer Model are monitored by the Commission. Their impact is assessed by the Commission, which makes recommendations on how to ensure that Maryland residents have access to affordable health coverage.

The Commission also assesses the adverse effects on State residents, public health, and the economy resulting from the loss of health coverage through changes to the federal Patient Protection and Affordable Care Act. Moreover, it estimates the costs of such changes to Maryland and its residents, and examines measures to prevent or mitigate their adverse effects on the Maryland Children's Health Program, Medicaid, Medicare, and the Maryland All-Payer Model.

In April 2018, the Commission further was to undertake a study of options for ensuring stability in the individual and group health insurance markets. Commission findings and recommendations will be included in its 2019 annual report (Chapters 37 & 38, Acts of 2018).

Additionally, in October 2019, the Commission was charged to study and make recommendations on whether the State Reinsurance Program should be extended after December 2023, and if so, how it would be funded (Chapters 597 & 598, Acts of 2019).

The Work Group is monitoring the appeal of the decision of the U.S. District Court for the Northern District of Texas in Texas v. United States regarding the federal Patient Protection and Affordable Care Act and the implications of the decision for Maryland. Further, the Work Group will monitor the enforcement of the Act by the U.S. Department of Health and Human Services. Finally, the Work Group is to determine the most effective means for ensuring Maryland consumers can both get and keep quality health insurance.