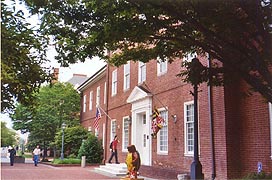 The General Assembly Compensation Commission was authorized in 1970 by Constitutional amendment (Chapter 576, Acts of 1970, ratified November 3, 1970). Every four years, the Commission reviews and proposes by resolution any changes to the compensation and allowances due members of the General Assembly. The Legislature may reduce but not increase the amounts proposed. If the Legislature takes no action on the resolution, it becomes law.

For the period 2019 through 2023, General Assembly annual salaries will remain at the 2018 level.

The Commission consists of nine members who serve four-year terms. Five members are appointed by the Governor, two by the Senate President, and two by the House Speaker. Officers and employees of the State or local governments are not eligible for appointment (Const., Art. III, sec. 15).