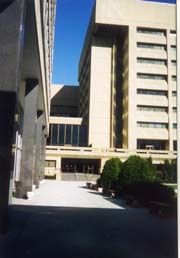 In November 2000, the State Children's Environmental Health and Protection Advisory Council was established by the General Assembly (Chapter 585, Acts of 2000).

To protect the health of children from environmental hazards, it is necessary to consider the special vulnerability of children due to their developing physiology, and their exposures, behaviors, and diets which can differ greatly from those of adults. In light of this, the Council reviews rules, regulations, and standards to ensure that the health of children in Maryland is adequately protected. Information also is disseminated by the Council on how to reduce, treat, and eliminate children's exposures to hazardous substances and alert the public to potential toxicants which may affect children.

The Council may contract for an analysis of the State organizational structure as it relates to children's environmental health and protection. Such an analysis is to be carried out in a manner consistent with recommendations of the November 1999 report made by the Advisory Council on Environmental Justice.

Effective October 2014, nineteen members constitute the Council. Of these, ten are appointed by the Governor, and one each by the Senate President and House Speaker. Seven members serve ex officio (Code Health-General Article, secs. 13-1501 through 13-1506).