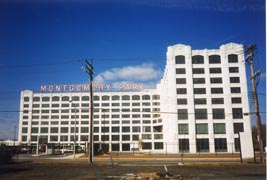 Appointed by Department of the Environment in consultation with Commission on Environmental Justice & Sustainable Communities: one vacancy

The Bay Restoration Fund was established by the General Assembly in 2004 to provide funding for various environmental expenses in the State, including the costs of sewage disposal systems, Bay restoration fees, and upgraded technology at wastewater facilities.

Created by the General Assembly in September 2004, the Bay Restoration Fund Advisory Committee identifies additional revenue sources for the Chesapeake and Atlantic Coastal Bays Restoration Fund (Chapter 428, Acts of 2004). The Committee recommends ways to improve the effectiveness of the Fund in reducing nutrient loadings to the waters of the State.

To meet the financing needs of the Fund, the Committee annually recommends whether the assessed restoration fee is adequate for meeting Fund expenses in the following fiscal year. In addition, the Committee analyzes the cost of nutrient removal from wastewater facilities; advises the Department of the Environment on components of an education, outreach and upgrade program; and advises the Secretary of the Environment on the adoption of regulations.