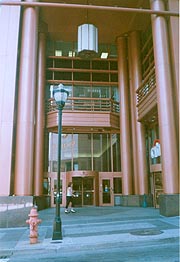 The Council consists of fifteen members and may include business owners, residents, and others affected by the proposed Red Line. Two members are appointed by the Governor; five each by the Senate President and House Speaker; two by the Mayor of Baltimore to represent the City's Department of Planning and Department of Transportation; and one by the Baltimore County Executive. Members serve until the initial phase of passenger service begins, or until project funds are otherwise expended.