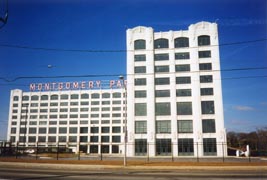 Appointed by Secretary of the Environment & Secretary of Natural Resources to 3-year terms:
Julie A. Pippel, Chair (chosen by Committee in June, 1-year term), 2014

Organized in the 1970s, the State Water Quality Advisory Committee advised agencies that received funding under the federal Clean Water Act from the U.S. Environmental Protection Agency on ways to improve and protect water quality in Maryland (Federal Regulations 40 CFR, Part 25), and on all matters of statewide water quality significance. Among the agencies so advised were the Department of the Environment, the Department of Natural Resources, and any Maryland agency that received funding from the U.S. Environmental Protection Agency.