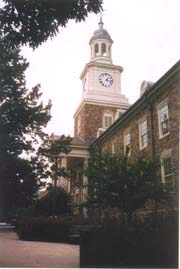 The Task Force was to study and assess first how the structure and effectiveness of the State's truancy courts might be improved; and second, whether chronic student absenteeism influences student truancy rates.

Currently, local school systems track habitually truant students, those who are unlawfully absent for 20 percent, or more, of school days. The Task Force was to identify best practices for recording and maintaining records of student absences and the appropriate time for notifying pupil personnel workers, when a student chronically is absent or habitually truant. To reduce such truancy, the Task Force was to determine how State agencies could work collaboratively towards solutions. Further, the Task Force considered the efficacy of requiring evening high school programs in each school system; changing the current admissions policies for alternative programs; expanding to all counties the Child in Need of Supervision Pilot Program; and allowing school personnel to file with the court Child in Need of Assistance petitions. Finally, the Task Force made recommendations on how best to combat habitual student truancy in Maryland.