COUNCIL FOR THE PROCUREMENT OF HEALTH, EDUCATIONAL & SOCIAL SERVICES 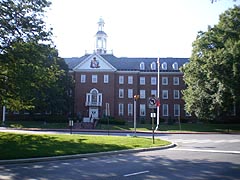 In October 2012, the Council for the Procurement of Health, Educational and Social Services was created by the General Assembly (Chapter 213, Acts of 2012).

The Council advised the Board of Public Works on the implementation of recommendations made by the Task Force to Study the Procurement of Health, Education, and Social Services by State Agencies in November 2011. Progress made in implementing those recommendations was monitored by the Council, which was authorized to establish subcommittees to target specific issues.

Existing procurement regulations were reviewed by the Council to ensure that they fulfilled the intent and purpose of the law, and effectively used State funds. In addition, the Council provided a forum for communicating with State agencies on procurement problems and issues, as well as on improved procurement management and methods.


In June 2013, the Council for the Procurement of Health, Educational and Social Social Services was mandated to establish a work group to study ways for private entities required to submit voluminous documentation to State agencies to submit such files electronically, either by direct transmission or by posting to an on-line document storage system (Chapter 250, Acts of 2013). Authorized in June 2013, the work group was known as the Subcommittee on Electronic Documents.

The Subcommittee was made up of Council members and State agency staff.

On January 1, 2014, the Subcommittee submitted its report to the Senate Education, Health and Environmental Affairs Committee, and the House Health and Government Operations Committee.