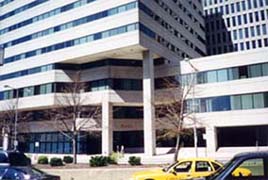 Based on its analysis of data provided by the Department of Juvenile Services and the Prince George's County Public Schools, the Work Group identified the most common offenses for which students are arrested and referred to juvenile court. Then, the Work Group recommended interagency policies to reduce school-based arrests and referrals to the Department of Juvenile Services and juvenile court by diversion to school- and community-based programs; and strategies to fully use and expand support services for youth who misbehave in school. The Work Group also considered a process to refer students who have committed specified misdemeanor-type delinquent acts to school- or community-based services outside of the juvenile justice system; and criteria for diversion programs which the juvenile court believes would prove better for youths charged with less serious delinquent acts than would probation or commitment to the Department of Juvenile Services.

In formulating its recommendations, the Work Group held two public meetings to receive comment from the public and juvenile advocacy groups. In addition, the Work Group developed a Collaborative Action Plan to reduce the number of school-based arrests and referrals to the juvenile court.

On December 15, 2013, the Work Group submitted its first report to the Prince George's County Delegation.

Effective October 2014, the Work Group was charged with making another report containing recommendations on relevant issues the Work Group determined needed further study (Chapter 439, Acts of 2014). That report was submitted in January 2015.