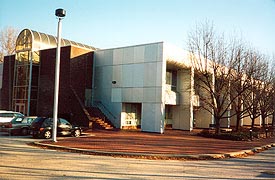 The Work Group reviewed data and scientific research on pesticide use and the potential for harm from pesticides. It identified gaps in the data on pesticide use; determined whether the need exists for a data reporting program; and what format would be appropriate in making pesticide use data available for research. Also, the Work Group considered how to protect the privacy of persons reporting data; whether it is feasible to collect data from homeowners and retailers; how best to assemble and maintain data; what regulations and guidelines might be needed for a consistent, unified database; and whether legislation is necessary to facilitate access to pesticide information and data. Finally, the Work Group studied the impact of organic pesticide use on farms, and how the federal approval process for pesticides works; and conducted a cost-benefit analysis of implementing and maintaining a data reporting program.

As necessary, the Work Group was to consult with federal agencies, such as the Environmental Protection Agency.

In January 2014, the Work Group submitted its interim report to the Senate Education, Health and Environmental Affairs Committee and the House Environmental Matters Committee. Based on its recommendations, bills were introduced and passed in the 2014 legislative session (Chapters 546 & 547, Acts of 2014).

In June 2014, the Work Group submitted a final report.