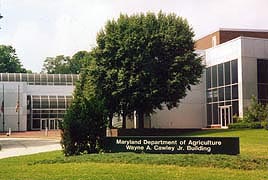 The Interagency Nutrient Reduction Oversight Committee was initiated by the Governor in June 1998 (Executive Order 01.01.1998.18). The Committee oversaw and coordinated State initiatives to reduce nutrient pollution, particularly those originating from the Water Quality Improvement Act of 1998 (Chapter 325, Acts of 1998). The Committee set research priorities and examined proposals to be funded by the Animal Waste Technology Fund and the Department of the Environment's research budget. To see that the State's Nutrient Management Program was implemented, operational, and meeting nutrient reduction goals, the Committee consulted with the General Assembly, the Nutrient Management Advisory Committee of the Department of Agriculture, the agricultural community, environmental advocates, the University System of Maryland, and other interested parties.

Due to lack of funding, the Committee last met in July 2001.