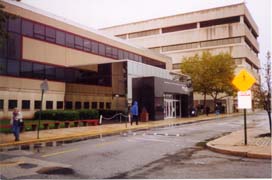 In June 1, 2008, the Task Force to Study Motor-Vehicle Towing Practices was established (Chapter 514, Acts of 2008). The Task Force studied the current State and local laws governing towing practices, storage, and disposal of towed vehicles. It considered whether a State licensure or registration program for the towing industry would be beneficial and cost effective. The Task Force also examined issues relating to notices given by: a private property owner to a motor vehicle owner prior to towing the vehicle; a police department to the vehicle owner, secured party, or insurer of an abandoned vehicle in police custody; and a private tower to the owner, secured party, or insurer of a towed vehicle in the private tower's possession, as well as notice to the local police department. In addition, the Task Force considered State preemption of local authority over towing or removing motor vehicles.

The Task Force reported to the Governor and General Assembly in December 2009. Authorization for the Task Force extended through December 31, 2009 (Chapter 704, Acts of 2009).