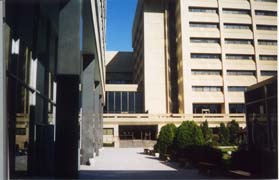 In July 2000, the State Advisory Council on Medical Privacy and Confidentiality was authorized (Chapter 270, Acts of 2000). The Council advised the General Assembly on emerging issues in the area of confidentiality of medical records. In doing so, the Council monitored federal law and regulations concerning this area, and health care information technology, telemedicine, and provider and patient communication. It also was authorized to hold hearings.

Medical databases and the electronic transmission of data as they relate to patient confidentiality were studied by the Council, along with provider "best practices" for supporting patient confidentiality. In addition, the Council facilitated dissemination of information on, and compliance with, federal standards for privacy of individually identifiable health information.

The Council studied the issue of patient or person-in-interest notification subsequent to certain changes in custody of medical records. Such changes would include the transfer of records following transfer of ownership of a health care practice; the death, retirement, or change in employment of a health care practitioner; or the sale, dissolution or bankruptcy of a corporation which has ownership interests or possession of medical records (Code Health-General Article, secs. 4-3A-01 through 4-3A-05).