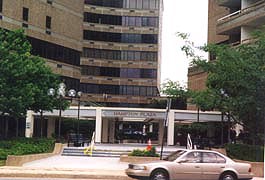 In February 2009, the Commission to Study the Feasibility of Establishing a Law Enforcement Officers' Memorial was created by the Governor (Executive Order 01.01.2009.03). The Commission was charged with identifying and making recommendations on the funding, design, construction, and Annapolis site for a memorial monument to Maryland law enforcement officers who have died while protecting Maryland citizens.

On May 15, 2010, the Commission submitted its report to the Governor and General Assembly.