TASK FORCE TO STUDY THE RESTRAINT, SEARCHES, & NEEDS OF CHILDREN IN THE JUVENILE JUSTICE SYSTEM 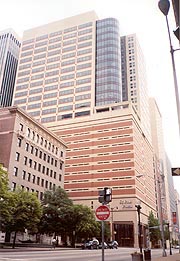 In June 2016, the Task Force to Study the Restraint, Searches, and Needs of Children in the Juvenile Justice System was established (Chapter 655, Acts of 2016).

The Task Force reviewed the current policies and practices of the Department of Juvenile Services concerned with the shackling and strip-searching of children in its custody. Further, the Task Force examined instances when such children are strip-searched or shackled to determine under what circumstances they occur. What capital expenditures would be necessary to address the issues of restraint and search of children in the juvenile justice system was to be determined by the Task Force. Finally, the Task Force recommended changes to policies, practices, and capital expenditures necessary for resolving these issues.

In December 2016, the Task Force submitted its report to the Governor and General Assembly.