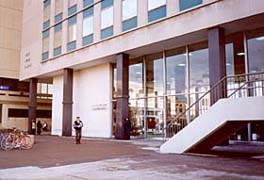 In June 2013, the Task Force to Study Housing and Supportive Services for Unaccompanied Homeless Youth was established (Chapters 544 & 545, Acts of 2013).

The Task Force first studied and compiled data on Maryland's population of unaccompanied homeless youth, where these youth are concentrated, and why they are homeless. The needs of these youths were assessed by the Task Force, and the programs and resources to meet those needs were examined, and gaps in those programs and resources identified. Finally, the Task Force recommended legislative and policy initiatives to meet the needs of unaccompanied homeless youth, and determined the budgetary and funding priorities necessary to meet those needs.

On November 1, 2013, the Task Force submitted its report to the Governor and the General Assembly.