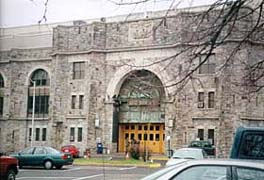 In July 2013, the Work Group to Study the Laws and Policies Related to the Distribution of Money to Volunteer and Career [Fire] Companies was authorized (Chapters 331 & 332, Acts of 2013).

The Work Group examined the adequacy of State laws and policies which apply to certain funds distributed by countie to volunteer and career fire companies, including the Senator William H. Amoss Fire, Rescue and Ambulance Fund. Further, the Work Group considered options and made recommendations concerning the distribution of such funds.

On November 27, 2013, the Work Group submitted its report to the Governor, the Senate Budget and Taxation Committee, and the House Appropriations Committee.