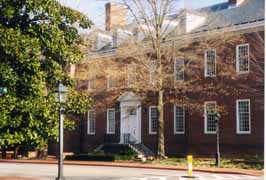 First, the Task Force studied existing family and medical leave insurance programs in other states and the District of Columbia; reviewed the 2016 studies on family and medical leave implementation done by Minnesota, Connecticut, and Montgomery County, Maryland; and reviewed the final report of the Task Force to Study Temporary Disability Insurance Programs and the Process for Assisting Individuals with Disabilities at Local Departments of Social Services.

Next, public testimony was heard by the Task Force, and then the Task Force made recommendations for development of a State social insurance program to provide short-term benefits to eligible employees who lose wages due to nonwork-related illness or injury; pregnancy or childbirth; caregiving for seriously ill family member; and other specified causes. Also, the Task Force was to recommend a design for such an insurance pool, including tax rates and benefits.

The Task Force consisted of fifteen members. One was appointed by the Senate President, one by the House Speaker, and nine were appointed jointly by the President and Speaker, who also jointly selected the co-chairs. Four members serve ex officio.

In December 2017, the Task Force submitted its report.