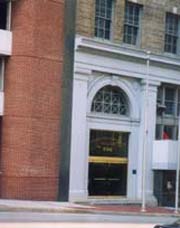 The Commission on Civic Literacy was authorized on October 1, 2007 (Chapter 160, Acts of 2007). Civic literacy often refers to the capacity of an informed citizen to participate fully and successfully in government, exercising the rights and obligations of citizenship. A knowledge of civic processes along with a willingness to become actively involved in these processes are necessary to maintain a representative form of government.

In collaboration with schools, the Commission developed and coordinated programs to educate students in the importance of reasoned debate, good-faith negotiation, and compromise in representative democracy; individual involvement in creating "successful communities"; and consideration and respect for others in deliberating, negotiating, and advocating positions on public concerns.

Authorization for the Commission ended September 30, 2012.