STATE COMMISSION ON THE CAPITAL CITY 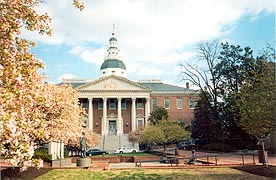 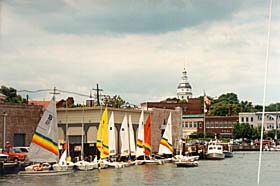 The Commission studies ways to preserve and improve Annapolis as the capital of Maryland, particularly with regard to the location of State, county and municipal offices and buildings. In cooperation with public agencies, the Commission may develop plans for the physical development of Annapolis and adjacent areas, and ensure access to and transportation facilities for them. In addition, the Commission may make recommendations on community needs or projects in Annapolis and adjacent areas, including arterial highways, building codes, economic development, federal and State assistance, housing, industrial and commercial growth, parking facilities, space for public buildings, traffic control, and urban renewal (Code State Government Article, secs. 9-401 through 9-407).

The Commission has not met since 2007.