The office of State Prosecutor was established by Constitutional amendment in 1976 (Chapter 612, Acts of 1976, ratified Nov. 2, 1976). An independent unit within the Office of the Attorney General, the State Prosecutor's office began operation in January 1977. 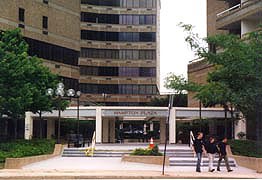 On the State Prosecutor's own initiative, or at the request of the Governor, the Attorney General, the General Assembly, the State Ethics Commission, or a state's attorney, the State Prosecutor investigates and, where warranted, prosecutes criminal offenses involving the honesty and integrity of government officials, employees or institutions, and the electoral process. These include violations of State election, public ethics and conflict of interest laws; bribery laws involving public officials or employees; misconduct in office by public officials or employees; and extortion, perjury, or obstruction of justice related to any of these laws; as well as criminal offenses related to voting in a municipal election.

At the request of the Governor, Attorney General, General Assembly, or a state's attorney, the State Prosecutor also may investigate alleged crimes conducted partly in Maryland and partly in another state, or in more than one county in the State.

Where no violation of the criminal law has occurred or prosecution is not recommended, the State Prosecutor reports these findings to the person requesting the investigation. The report is made available to the public if the subject of the investigation so requests.