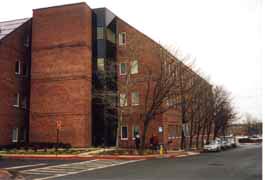 The State Labor Relations Board resolves disputes arising from the interpretation of contracts negotiated between the State and the elected exclusive representatives of State employees.

In 1999, the State Labor Relations Board was created within the Department of Budget and Management by the General Assembly and based at 45 Calvert St., Annapolis (Chapter 298, Acts of 1999). The Board reformed as an independent agency in July 2006, and at that time relocated to 839 Bestgate Road in Annapolis (Chapter 62, Acts of 2006). From November 2011 to November 2013, the Board was based at the George M. Taylor District Court/Multi-Service Center at 7500 Ritchie Highway in Glen Burnie. In November 2013, it moved back to its original 45 Calvert St. address.