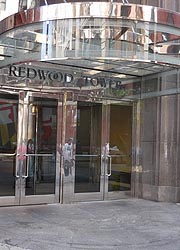 The Maryland 529 Board administers qualified college tuition savings programs created by the U.S. Congress in 1996, and savings accounts used to fund specific expenses for eligible people with disabilities created in 2014. The programs are named after section 529 of the Internal Revenue Code which provides for them.

To encourage families to save for future college expenses and reduce their dependence on student loans and other forms of debt, the Maryland 529 was established. The plans function under the federal Internal Revenue Code (Section 529), which allows states to establish and administer tax-deferred college savings plans. Also, State laws provide certain income tax benefits for Maryland taxpayers who choose to participate in the Maryland 529 (Code Tax-General Article, sec. 10-208).

At Maryland public colleges and universities, the Trust is designed to pay the equivalent of the in-state student tuition and mandatory fees. Benefits also may be applied to the tuition costs at any accredited private or out-of-state college (Code Education Article, Sec. 18-1903).

Children from birth through 12th grade may participate, but accounts must be open for at least three years before tuition benefits can be paid. Each year, there is an enrollment period although accounts for newborns may be opened at any time. The current enrollment period runs through May 31, 2020.

Maryland Senator Edward J. Kasemeyer College Investment Plan. The Maryland College Investment Plan formed in July 2000 as the Maryland College Investment Plan. It received its present name in June 2018 (Chapter 494, Acts of 2000; Chapter 419, Acts of 2018). To save for college on behalf of a qualified designated beneficiary, contributors establish an investment account tied to mutual fund investment portfolios. The Plan is managed and distributed professionally through a contract with the State and any investment earnings in an account are exempt from State and federal tax if used for tuition, housing, books, and other eligible higher education expenses. Maryland residents and nonresidents of any age may participate in the Plan. Enrollment is open year round (Code Education Article, secs. 18-19A-01 through 18-19A-07).

Maryland Broker-Dealer College Investment Plan. Though authorized effective October 1, 2008, this plan has not yet been implemented (Chapter 548, Acts of 2008). The Maryland Broker-Dealer College Investment Plan would allow Maryland families to invest in an investment account, using private investment advisors. However, the Plan is not yet operating, since the Board has not chosen to offer this option (Code Education Article, secs. 18-19B-01 through 18-19B-08).

was established (Chapter 39, Acts of 2016). Also in July 2016, the Maryland 529 Board was assigned to establish, administer, manage, and promote the ABLE Program. For disabled individuals and their families, the federal Stephen Beck, Jr. Achieving a Better Life Experience Act of 2014 authorizes states to establish such programs (Public Law 113-295). Maryland's ABLE Program allows individuals with disabilities and their families to contribute up to $15,000 per year for disability-related expenses in tax-exempt accounts. Eligibility and benefits under federal and State means-tested programs, such as Medicaid, housing and food assistance, are not altered by the balance in the account. The Program opened enrollment in November 2017 (Code Education Article, secs. 18-19C-01 through 18-19C-10).

RECORDS MANAGEMENT
Since October 1, 2017, the Maryland 529 Board has had a program for the continual, economical and efficient management of its records. The Board 's Records Officer develops and oversees the program, and serves as liaison to the Records Management Division of the Department of General Services, and to the State Archives (Chapter 539, Acts of 2017; Code State Government Article, secs. 10-608 through 10-611).