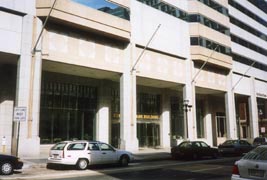 The Trust no longer is making new investments, and finalized its liquidation phase in January 2013.

The Board of Trustees of the Trust had seven members. They were named to four-year terms by the Governor with Senate advice and consent. The Governor named the chair (Code Economic Development Article, secs. 10-701 through 10-712).