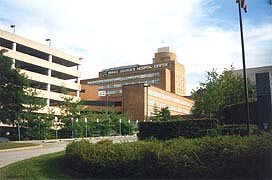 First, the Authority was to develop and issue a request for proposals for the sale or transfer of the System to an entity capable of providing health care services within a financially self-sustaining health care system that met the needs of county residents and adjoining jurisdictions. In addition, the Authority was to establish deadlines for the submission of bids in order to select a successful bidder and reach an agreement to transfer the System to new owners.

The proposal agreement was to be presented prior to the beginning of the 2009 session of the General Assembly to the Governor, the State Treasurer, Secretary of Health and Mental Hygiene, and specified legislative committees (Code Health-General Article, secs. 24-1601 through 24-1608). In January 2009, however, the Authority requested a 60-day extension for a bidding processes. In April 2009, the Authority was authorized to continue the bidding process to transfer the Prince George's County Health Care System to a new owner before May 2010 (Chapters 116 & 117, Acts of 2009). Further, to facilitate the transfer, certain State and local agencies designated individuals to serve as consultants to the Authority in reviewing and evaluating proposals.

Authorization for the Authority ended on May 22, 2010.