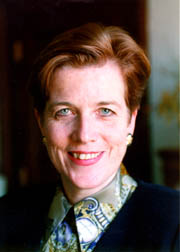 Eleanor M. Carey, a prominent Maryland attorney, was appointed Senior Counselor to the Governor of Maryland in October 1996 and served in that capacity until December 1998. As Senior Counselor, Mrs. Carey reviewed major policy proposals and significant legal actions and recommended decisions to the Governor. She worked closely with the Governor's Press Office and with executive agencies on daily communications to the public and significant public information efforts. She worked with the Governor's Chief of Staff, senior staff and agency heads to assure that the Governor had the information required to make sound decisions. Mrs. Carey oversaw special projects that often involved multiple agencies and departments, such as the Vehicle Emissions Inspection Program, Seafood Marketing, and Reading across Maryland, as well as legislative and policy issues related to horseracing and gambling.

Prior to joining Governor Glendening's staff, Mrs. Carey was a partner in the litigation firm of Brand, Lowell & Ryan in Washington, DC. She began her legal career in Baltimore in the corporate, tax and litigation departments of the firm of Frank, Bernstein, Conaway & Goldman. As the first woman appointed Associate and later Deputy Attorney General of Maryland, Mrs. Carey was involved in major State legal and policy issues from 1979 to 1987. She also analyzed and commented on legal issues of local, State and national concern as an on-air legal reporter for WJZ-TV (Channel 13).

In private practice, Mrs. Carey was hired by the State of Rhode Island in 1991 to investigate the collapse of its privately-insured credit union system and to recommend reforms. She also served as co-counsel to the Board of Education of Anne Arundel County, Maryland, to investigate the handling of allegations of child sexual abuse in county schools. Mrs. Carey was a candidate for Attorney General in 1986 and 1994.

Governor Glendening appointed Mrs. Carey in 1995 as co-chair of the Governor's Task Force on Judicial Nominating Commissions. The Task Force recommended changes in the Judicial Nominating Commission process in order to increase the number of highly-qualified women, minorities, and others with diverse practice backgrounds eligible for appointment as Maryland judges. Later that year, the Governor appointed her to the Commission on the Future of Maryland Courts (created by the General Assembly) to assure the wise, fair, and efficient administration of justice now and into the 21st Century.

Mrs. Carey received a B.A. degree in Political Science from Wellesley College in 1963. She graduated with honors in 1973 from the University of Maryland School of Law where she was a member of the Order of the Coif Honor Society and winner of the Judge Morton P. Fisher prize for Estate and Gift Taxation. She served as law clerk to Judge Thomas Hunter Lowe of the Maryland Court of Special Appeals. Mrs. Carey is a member of the Bars of the Court of Appeals of Maryland, the United States District Court for the District of Maryland, and the Supreme Court of the United States.

Mrs. Carey is a member of Network 2000 whose mission is to increase the number of qualified women on corporate and civic boards of directors. Mrs. Carey was a member of the board of the Outreach Center of the Bethel A.M.E. Church from 1988 to 1996 where she coordinated a $1.2 million capital campaign. She was named Woman of the Year by the Baltimore Business and Professional Women's Association in 1984.

Mrs. Carey is married to Anthony M. Carey, an attorney specializing in environmental and energy law, and lives in Baltimore.