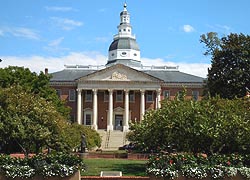 Prior to the creation of the position of Lieutenant Governor, Maryland made provision for an acting governor. In 1809, the Maryland Constitution of 1776 was amended to allow the first named of the Governor's Council to "act as a Governor, until the next meeting of the General Assembly" at which meeting a new governor would be chosen (Chapter 16, Acts of 1809, ratified 1809). Authorization for the Council was abolished in 1836, along with provision for an acting governor (Chapter 197, Acts of 1836, ratified 1837). At that time, in case of vacancy in the office of Governor, the Secretary of State ". . . shall be clothed, as interim, with the Executive powers of government." Moreover, at such a time if there was no Secretary of State, then the Senate President would hold such temporary power, or in the Senate President's absence, it would fall to the House Speaker. 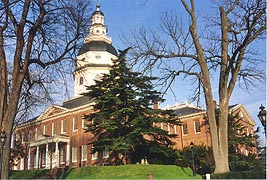